Human Error Analysis in a Permit to Work System: A Case Study in a Chemical Plant 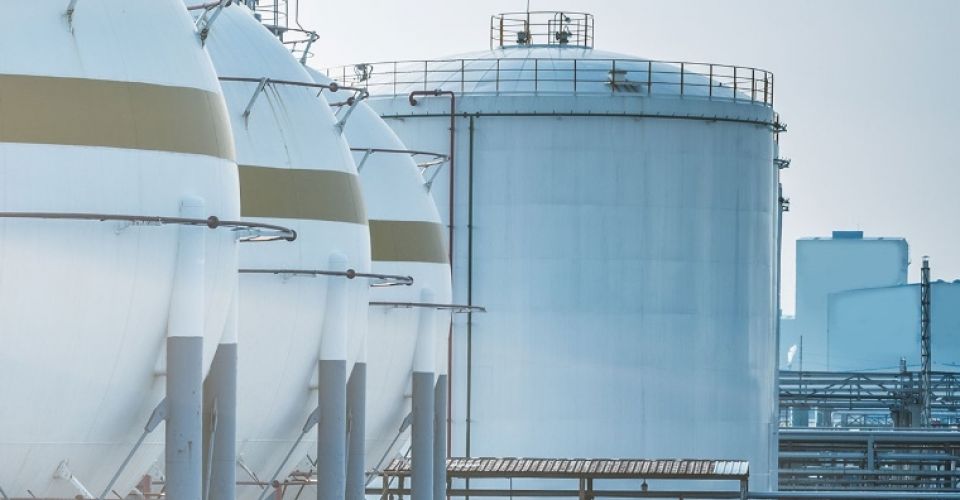 A permit to work (PTW) is a formal written system to control certain types of work which are identified as potentially hazardous. However, human error in PTW processes can lead to an accident.

This cross-sectional, descriptive study was conducted to estimate the probability of human errors in PTW processes in a chemical plant in Iran. In the first stage, through interviewing the personnel and studying the procedure in the plant, the PTW process was analyzed using the hierarchical task analysis technique. In doing so, PTW was considered as a goal and detailed tasks to achieve the goal were analyzed. In the next step, the standardized plant analysis risk-human (SPAR-H) reliability analysis method was applied for estimation of human error probability.

The SPAR-H method applied in this study could analyze and quantify the potential human errors and extract the required measures for reducing the error probabilities in PTW system. Some suggestions to reduce the likelihood of errors, especially in the field of modifying the performance shaping factors and dependencies among tasks are provided.

According to investigations on industrial accidents, human errors account for > 90% of accidents in nuclear industries, > 80% of accidents in chemical industries, > 75% of maritime accidents, and > 70% of aviation accidents [1]. Human error also constitutes one of the direct causes of some of the most shocking industrial accidents which have occurred around the world such as Bhopal in India (1984), Piper Alpha in the United Kingdom (1988), Chernobyl in Ukraine (1986), and Texaco Refinery in Wales (1994) [2].

In the worst industrial accident in world history, the Bhopal disaster, a combination of operator error, poor maintenance, failed safety systems, and poor safety management were identified as the causes of leaked methyl isocyanate gas from a pesticide plant which led to the creation of a dense toxic cloud and killed > 2,500 people. The explosion and fire accident which occurred in the Piper Alpha offshore oil and gas platform and killed 167 workers was attributed mainly to human error including deficiencies in the permit to work (PTW) system, deficient analysis of hazards, and inadequate training in the use of safety procedures. In the Chornobyl accident, operator error and operating instructions and design deficiencies were found to be the two main factors responsible for the explosion of a 1,000 MW reactor which released radioactive materials that spread over much of Europe. Finally, the main cause of the Texaco Refinery explosion, caused by continuously pumping inflammable hydrocarbon liquid into a process vessel which had a closed outlet, was the result of a combination of failures in management, equipment, and control systems, such as the inaccurate control system reading of a valve state, modifications which had not been fully assessed, failure to provide operators with the necessary process overviews, and attempts to keep the unit running when it should have been shut down [3].

Human error has been defined as any improper decision or behavior which may have a negative impact on the effectiveness, safety, or performance system [4]. A PTW is a formal written system to control certain types of works which are identified as potentially hazardous. This system may need to be used in high-risk jobs such as hot works, confined space entries, maintenance activities, carrying hazardous substances, and electrical or mechanical isolations [5]. In this system, responsible individuals should assess work procedures and check the safety at all stages of the work. Moreover, permits are effective means of communication among site managers, plant supervisors, and operators, and the individuals who carrying out the work. The people doing the job sign the permit to show that they understand the risks and the necessary precautions [6].

Although a PTW is an integral part of a safe system of work and can be helpful in the proper management of a wide range of activities, it may be susceptible to human error itself. For instance, a breakdown in the PTW system at shift change over and in the safety procedures was one of the major factors that resulted in the explosion and fire accident of the Piper Alpha oil and gas platform [7]. Also, the lack of an issued permit for the actual job was one of the reasons for the Hickson and Welch accident in 1992 [8].

Up to now, very limited studies have been conducted regarding human error analysis in the PTW system. Hoboubi et al [9] investigated the human error probabilities (HEPs) in a PTW using an engineering approach and estimated the HEP to range from 0.044 to 0.383. In another study conducted by the same authors [10], human errors in the PTW system were identified and analyzed using the predictive human error analysis technique. The most important identified errors in that study were inadequate isolation of process equipment, inadequate labeling of equipment, a delay in starting the work after issuing the work permit, improper gas testing, and inadequate site preparation measures. Moreover, findings of a study conducted by Haji Hosseini et al [11] on the evaluation of factors contributing to human error in the process of PTW issuing indicated a significant correlation between the errors and training, work experience, and age of the individuals involved in work permit issuance. However, as mentioned above, a limited number of researches have analyzed the PTW process from the human error point of view. Moreover, except for Hoboubi et al [9], other studies were descriptive in nature and failed to quantify the human errors in the PTW issuance process. In this context, the present study aimed to identify and analyze human errors in different steps of the PTW process in a chemical plant.

This cross-sectional, descriptive study was conducted to estimate the probability of human errors in a PTW system in an Iranian chemical plant. In the first stage, through interviewing the personnel and studying the procedures of various tasks in the plant, the PTW process was analyzed by the hierarchical task analysis (HTA) technique. In doing so, PTW was considered as a goal and detailed tasks to achieve the goal were analyzed. In the next step, the standardized plant analysis risk-human (SPAR-H) reliability analysis method, developed by the United States Nuclear Regulatory Commission, was applied for estimation of HEP [12]. Although the SPAR-H technique was originally developed in the nuclear power industry and its application for the estimation of HEPs in outside process and safety control tasks like those found in other industries (such as the petrochemical industry) may be controversial in terms of type and complexity of the tasks, physical and cognitive demands of the tasks, and physical and mental requirements to the operators, it has recently been used for human reliability analysis (Fig. 1.) in major accident risk analyses in the Norwegian petroleum industry, offshore drilling operations in the oil and gas industry, and managed-pressure drilling operations [13,14].

The SPAR-H is a structural HRA technique used to identify and calculate the probability of potential human error in the described occupational tasks (human failure events-HFEs). It is based on a basic nominal error rate, a set of performance shaping factors (factors that affect human error), and the error dependency between tasks.

According to Whaley et al [15], the steps for using the SPAR-H in human reliability analysis in PTW in the studied petrochemical plant of the current research were as follows. (1) Categorizing the HFE as diagnosis and/or action. In the first step, identified HFEs in the PTW tasks were categorized as either diagnosis tasks (cognitive processing) or action tasks (execution) or combined diagnosis and action. (2) Evaluating and rating the performance shaping factors (PSFs). In this stage, all of the HFEs were evaluated based on eight PSFs, including available time, stress/stressor, complexity, experience/training, procedure, ergonomics/human-machine interface (HMI), fitness for duty, and work process. The level of each PSF was determined based on the SPAR-H procedure (Table 1). Therefore, each PSF was examined and rated with respect to the context of the HFE. For this purpose, operators involved in the PTW procedure were interviewed and monitored during the PTW issuing activities. Then, the corresponding levels of PSFs were selected from the PSFs table based on the SPAR-H procedure (Table 2) [12]. If there was not enough information available to provide an informed judgment, the PSF was assumed to be nominal. (3) Calculating PSF-modified HEP. Once the PSF levels have been assigned, then the final HEP was simply the product of the basic HEP and the PSF multipliers [Eq. (1)]. 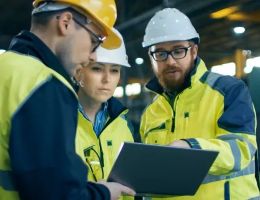 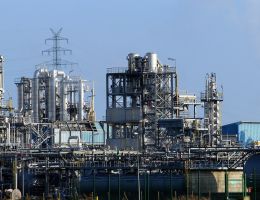 Industrial maintenance always comes with challenges. Ensuring your maintenance team and the equipment it manages are safe and efficient should be your number one priority.